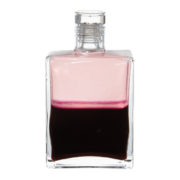 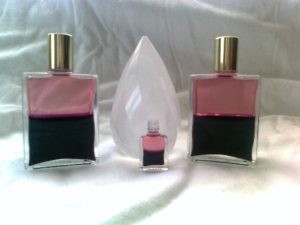 I started using Aura-Soma’s Equilibrium bottle Archangel Ambriel (B110 rose pink over deep magenta) a couple of weeks ago. It took around 10 days before I really noticed anything happening. I started to have these weird dreams in which I experienced anxiety, fear, and anger.

A short while later I noticed that I had been through two thirds of the bottle. I was still having these weird dreams but nothing else, so I asked out loud “I wonder what you are going to show me”. That night when I went to bed, I was unusually cold – I just couldn’t seem to get warm. After putting on a pair of socks and a dressing gown, I eventually drifted off to sleep – and had more strange dreams.

The next morning was not like previous mornings. Usually I woke up feeling ok after these dreams, but this particular morning I woke up feeling as though I had been put through the mill. I felt heavy, not wanting to move. I had energy coursing through me, but at the same time I felt numbed out. Throughout the whole morning I felt very tearful, anxious, and impatient, and I did not want to talk to anyone. I realised that I was releasing some big emotions that were buried deep inside me. I didn’t need to analyse or judge what was going on – I just had to allow the process to happen, even if it was painful.

So I became the observer of my own self. It wasn’t until late afternoon that the heaviness and the tears started to lift. I felt so much better, and that night I slept very well. So I was surprised when I awoke the next morning to the same heavy feeling and tearfulness. This time though, it wasn’t anywhere near as bad. As I did the day before I just allowed whatever emotions that came up to be. Just observing – not judging – my own self. Within an hour the heaviness and the emotions had ceased. I slept well that night, and the next morning I was back to my regular self.

The Archangel Ambriel bottle helped me realise that the dreams I was having were reflections of suppressed memories of things that happened when I was younger. Some of these memories were things that I was not proud of. I could see that the anxiety, fear, and anger I was experiencing in my dreams came from the huge lack of self-confidence, selfworth, and fear I had when I was younger. The rose pink of Archangel Ambriel offers unconditional love, which carried and supported me as my suppressed emotions and memories emerged. The deep magenta helped shine a light on all the parts of me that wanted to be free, and reveal my gifts. I was able to understand and forgive my younger self with greater ease, and ultimately let go of the past that was holding me back. Since finishing the bottle I have a real sense of self love and acceptance.