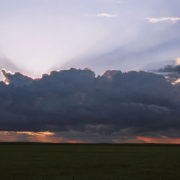 Dan* was suffering with arthritic pain in his hands. This was not good for Dan, who worked in the construction industry. The pain was forcing him to take time off work, and he was worried he would lose his job. The pain in Dan’s joints and fingers continued to get worse, so one of Dan’s friends recommended that he come to me for a Journey Process.

During Dan’s Journey Process he found he was holding onto a lot of fear. As he went deeper into the fear, exploring what was behind it, he found a memory. When he was very young, he didn’t have much confidence in himself. If he had to do any writing at school, he would be so nervous about getting it wrong that he would hold his ink pen very tightly, preventing him moving the pen easily across the page. The nib of his ink pen kept on breaking, so his work always looked messy. Because his work was messy, and because he had to ask for a new nib, he became even more nervous, and frightened that he would be told off by his teachers.

When we got to the part of the Journey Process where Dan imagined himself sitting at a campfire, Dan invited his teachers and his younger self to join him. Here, the younger Dan was able to express himself, telling his teachers how frightened he was. Just being able to express his fears made Dan feel more confident and empowered. Dan felt all this old fear dissipate, leaving him feeling free. He was able to forgive, and let go of his fears.

I am pleased to say that since then, Dan’s hands have been free from pain. That was 5 years ago.

Dan’s Journey also brought up personal memory for me. When I was young, I too was in fear of my teacher, and I also held my pen tightly because of it. I wonder how many of us are holding onto fears caused by things that have become buried in our subconscious.

Taking a look in the mirror with The Journey