Blog
You are here: Home / Blog / Featured / Taking a look in the mirror with The Journey 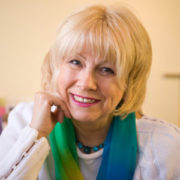 A few years ago, after my Saturday morning walks along the cliff paths, I started to get a strange sensation in my left leg.  It was as if there was fluid running down the side of my leg, all the way from my knee into my foot. The sensation wasn’t there all the time, and the feeling was more annoying than anything else.  With most of my energy focused on studying to become a teacher in Aura-Soma (I was a Colour Care consultant at this time), I didn’t do anything about it.

A few months after gaining my Aura-Soma teaching qualification, myself and my husband were offered the chance to move to a little cottage in the countryside.  The cottage needed a lot of work doing to it before we could live in it, so all of our free time was spent getting the cottage ready.  With all the work, and eventually moving, my business became practically nonexistent.

My leg was not improving and, to make matters worse, I also tore a ligament in my left knee – the very same leg that had been giving me problems.  Now I had sensations of fluid going down my leg from my hip to my foot.  Rather than being more of annoyance as it had been, the sensation started to get very painful.  My knee needed some keyhole surgery – and it did solve the knee problem, but my leg continued to give me a lot of pain, and it continued to get worse.  Every night in bed the pain would start from my lower back, move down to my knee, then into my foot – which would then start twitching.  After a month or so, the pain started in my right leg as well.  I felt I was holding anger in my legs, so I did a Journey process on myself.

Part of the process involves envisioning in your mind’s eye that you are around a campfire.  You can invite people – even yourself – to the campfire to talk to them.  My husband was at my campfire.  He was making me angry and frustrated because I could see things that needed doing urgently,  but he seemed to be doing all the things that didn’t need doing right away.  I had a good rant at him around the campfire. And yes, I felt a bit better.   Unfortunately the problems with my legs continued.  I had a MRI scan, but it didn’t give any clues as to what the cause of the pain could be. The doctor thought I could have a problem with my nerve endings so armed with this information, I decided to do another Journey process on my legs.  This time I felt into my legs, and went into the pain, asking “how does it make me feel”?  Frustration, anger, depression came up.  It was getting on my nerves – physically and metaphorically!  I asked what else was getting on my nerves, and thought about when I had experienced similar feelings before.  My husband came to mind again – the same story as before.  So I went back to the campfire with him, and just as I was about to rant again… a light came on in my head.  What was he doing that annoyed me so much?  Why was I so annoyed?  After all he has every right to do things his way.  Then I asked myself “when have I avoided things that need doing, focused on the less urgent tasks rather than the ones that matter”?  There it was right in my face. I was the biggest procrastinator of all time.

I wanted to get on with restarting my business, but I kept doing everything else but restart. I kept promising myself to get up early to exercise and meditate, but I didn’t.  I was getting more angry and frustrated at myself. I was getting on my own nerves.  My husband was just the mirror – a reflection of my own anger at the things I was (not) doing.  With this realization, instead of ranting at my husband at the campfire, I hugged him and asked him to forgive me.  Then I brought the part of myself that was procrastinating to the fire to find out what was going.  I found an old fear which went back to when I was a child at school – the fear that I wasn’t doing things right, that I was being overwhelmed.  It was this fear that was leading to my procrastination.  Instead of berating the procrastinating aspect of myself, I accepted that part of me is a procrastinator.  I hugged that part of myself with love and forgiveness.  My legs have been free from any sensation or pain since.

The lesson for me was clear.  It is always easier to project those feelings that you don’t want to feel yourself onto others.  When we judge others, we are in fact, judging ourselves.

Which one do you want to create?